For those who know me, one of my passions is miniature painting. I've been painting for a number of years now, though quite sporadically if I'm being honest, on various things from the more traditional Warhammer universe (both fantasy and 40K) to individual pieces from lesser known sites, as well as dabbling in personal creations which are not yet at the level of even being considered models.

The last actual project I can remember setting myself was painting an Imperial Guard army for my friend's Vostroyen army. The first problem I encountered (which any Vostroyen player can tell you) is that their paint scheme is no longer supplied by Games Workshop and hasn't been for a very long time. It disappeared long before the separated with their paint company and were forced to change most of the paints' names.

That said here was the result of my effort: 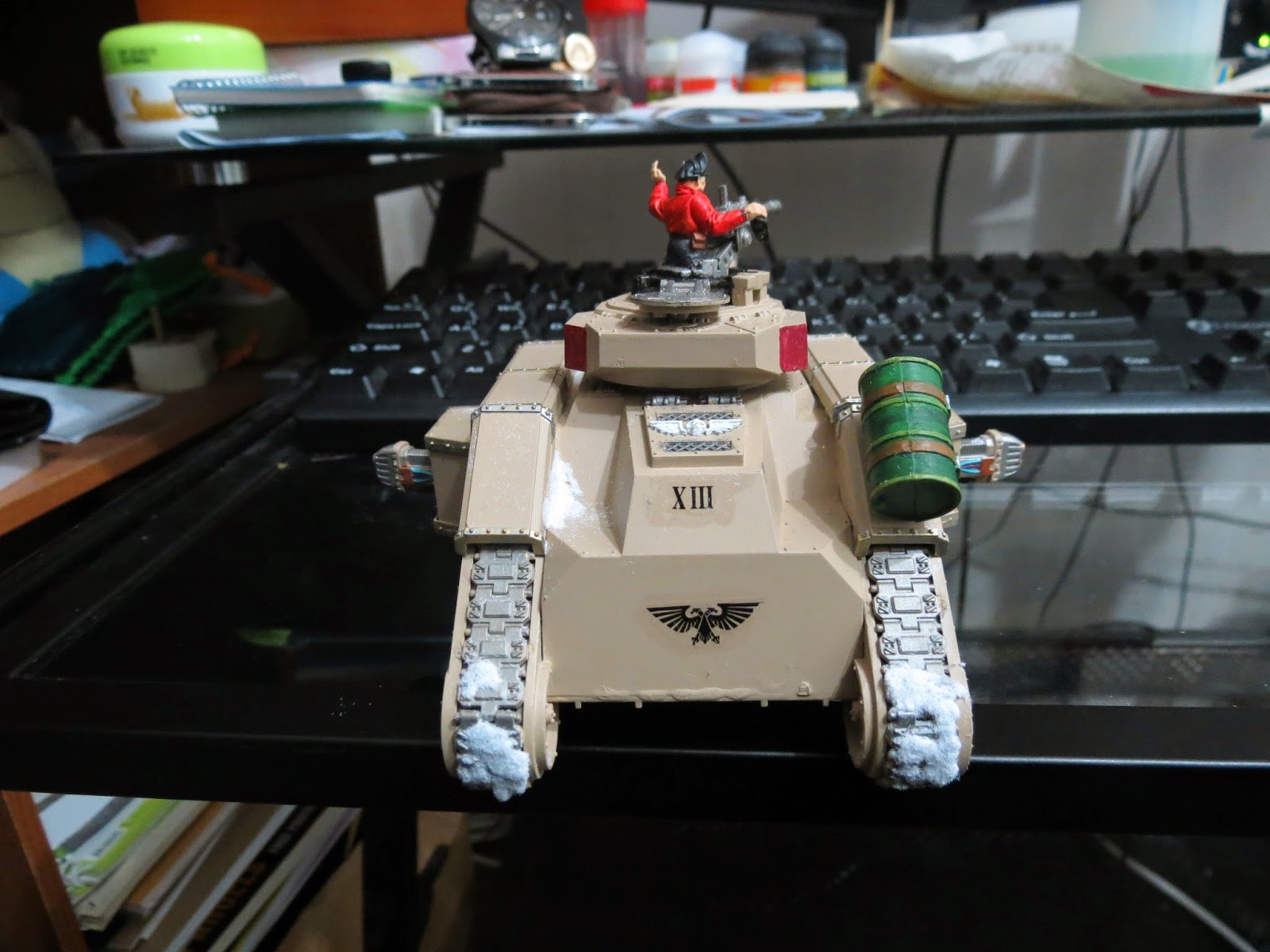 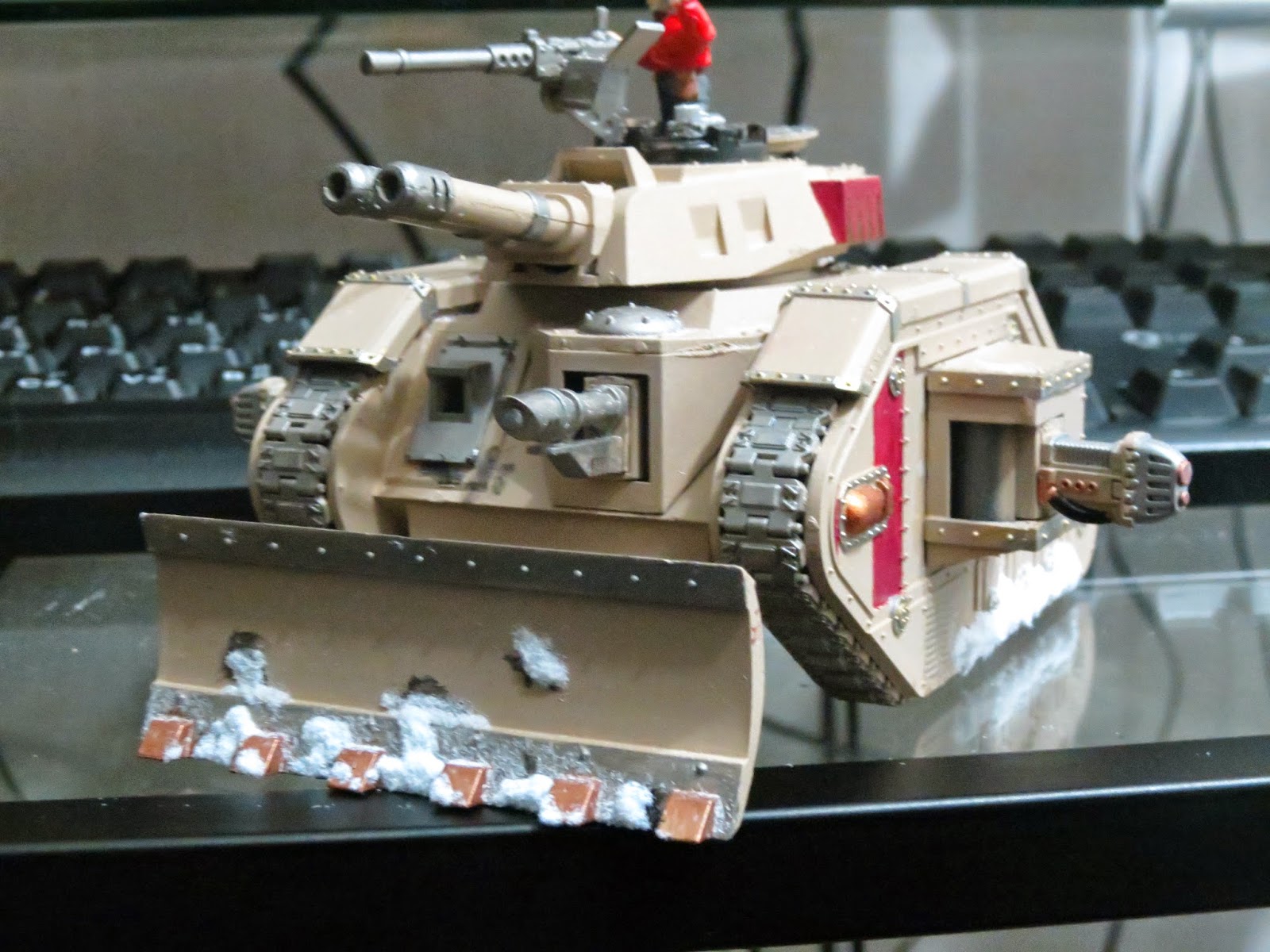 Looking back at this I can see many things that need improving. For a start, this was a bit of a rush job. I wanted to get it to my friend and I had taken too long with it already, so I didn't apply any washes. Not having that ink robs the model of its depth.
I was also being very careful as the main colour I used for the body for the tank exists only as a spray. If I made a mistake then I'd have to use the spray and then redo anything around the sprayed area.

So now it's time for something new. I've spent a long time doing little bites of modelling here and there and now I want another big project. It just so happens that a good friend of mine has gifted me with this. 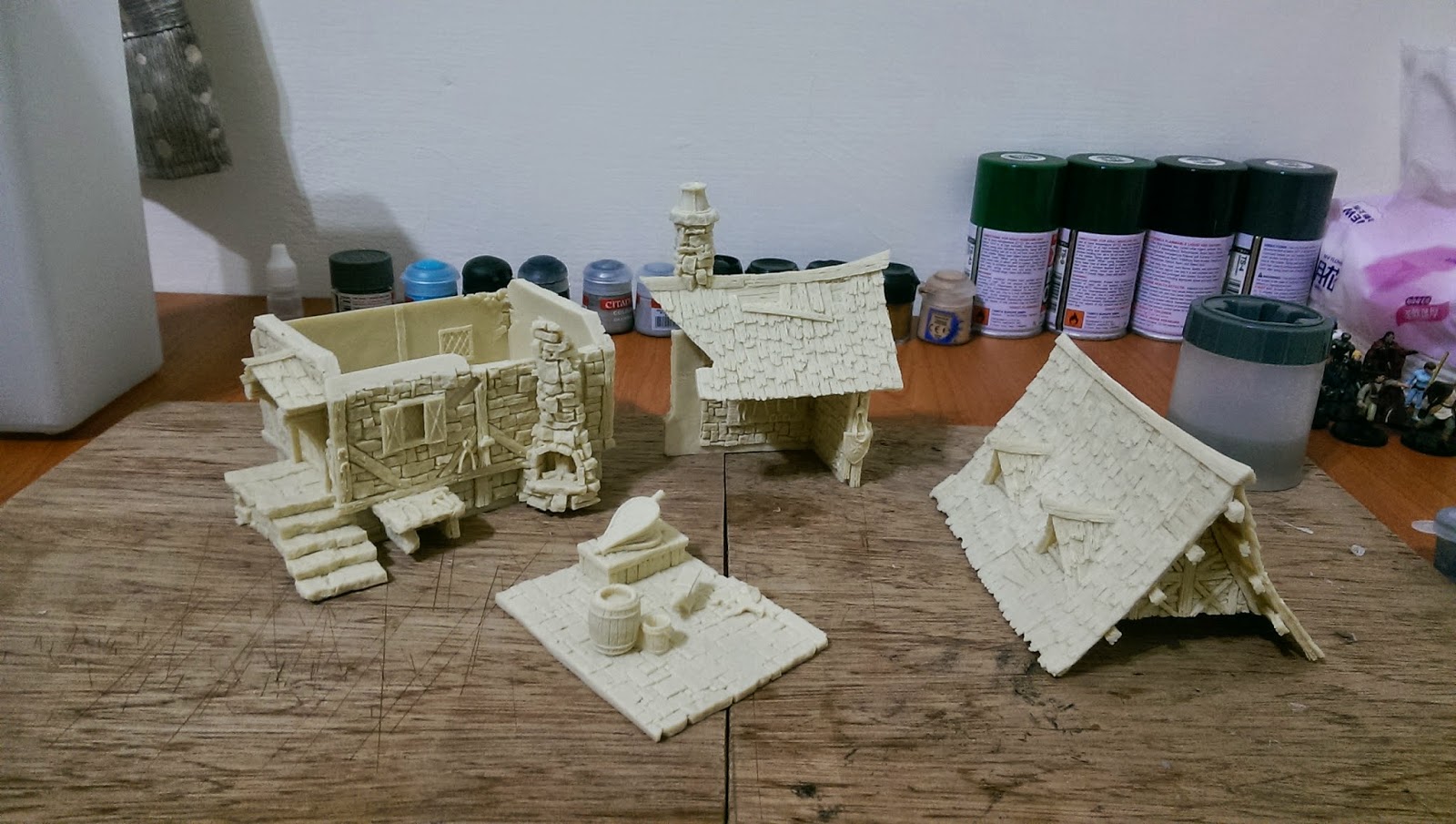 It's a four-piece Blacksmith's Forge. It's a phenomenal piece, wonderfully designed and from the site Tabletop-World (site here).

The first piece here is the workshop floor, including the bellows for the fire, an anvil, two barrels and some items the blacksmith is working on lying on the brick floor. 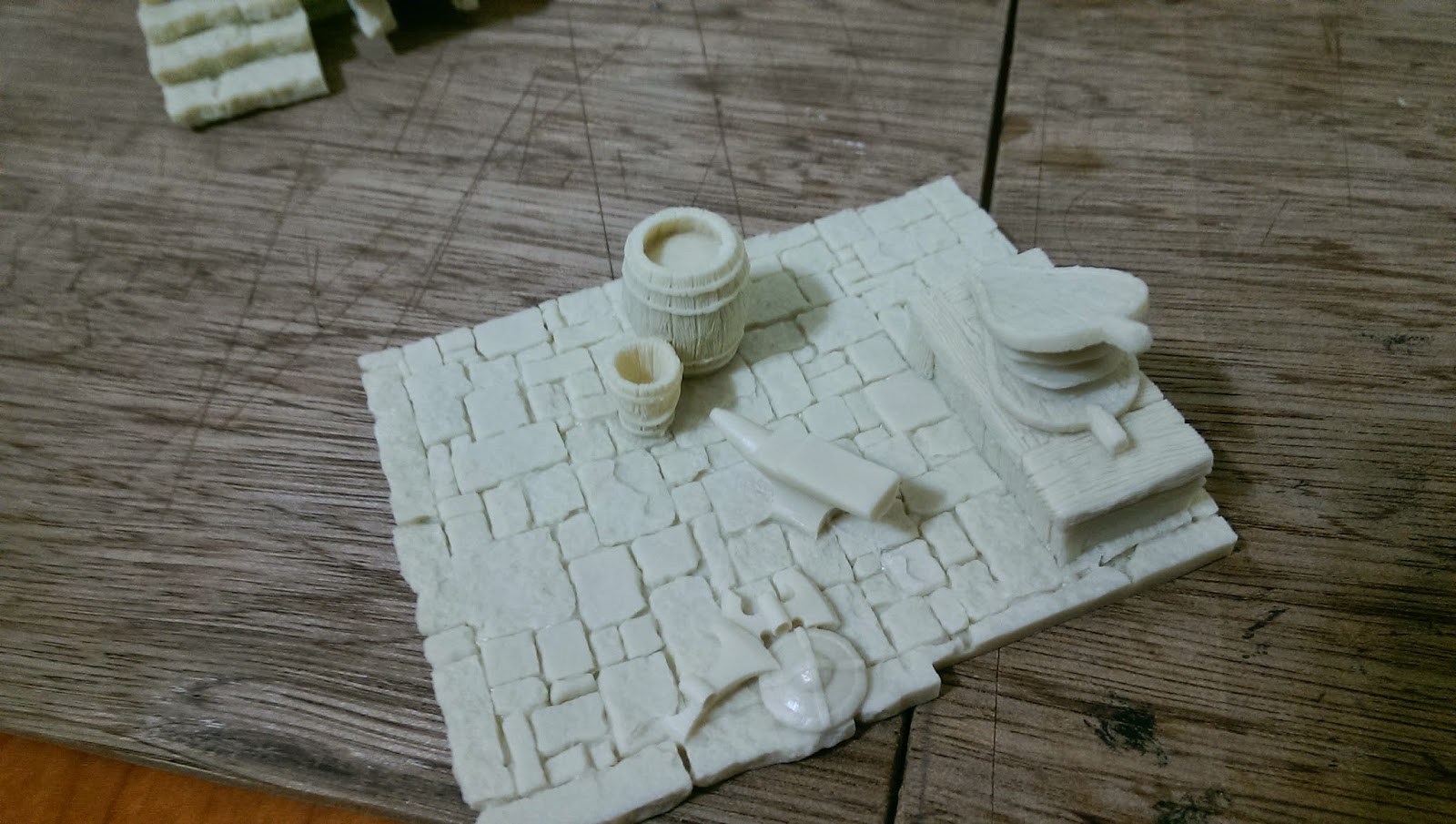 The next piece is the roof, complete with windows and lovely attention to details. 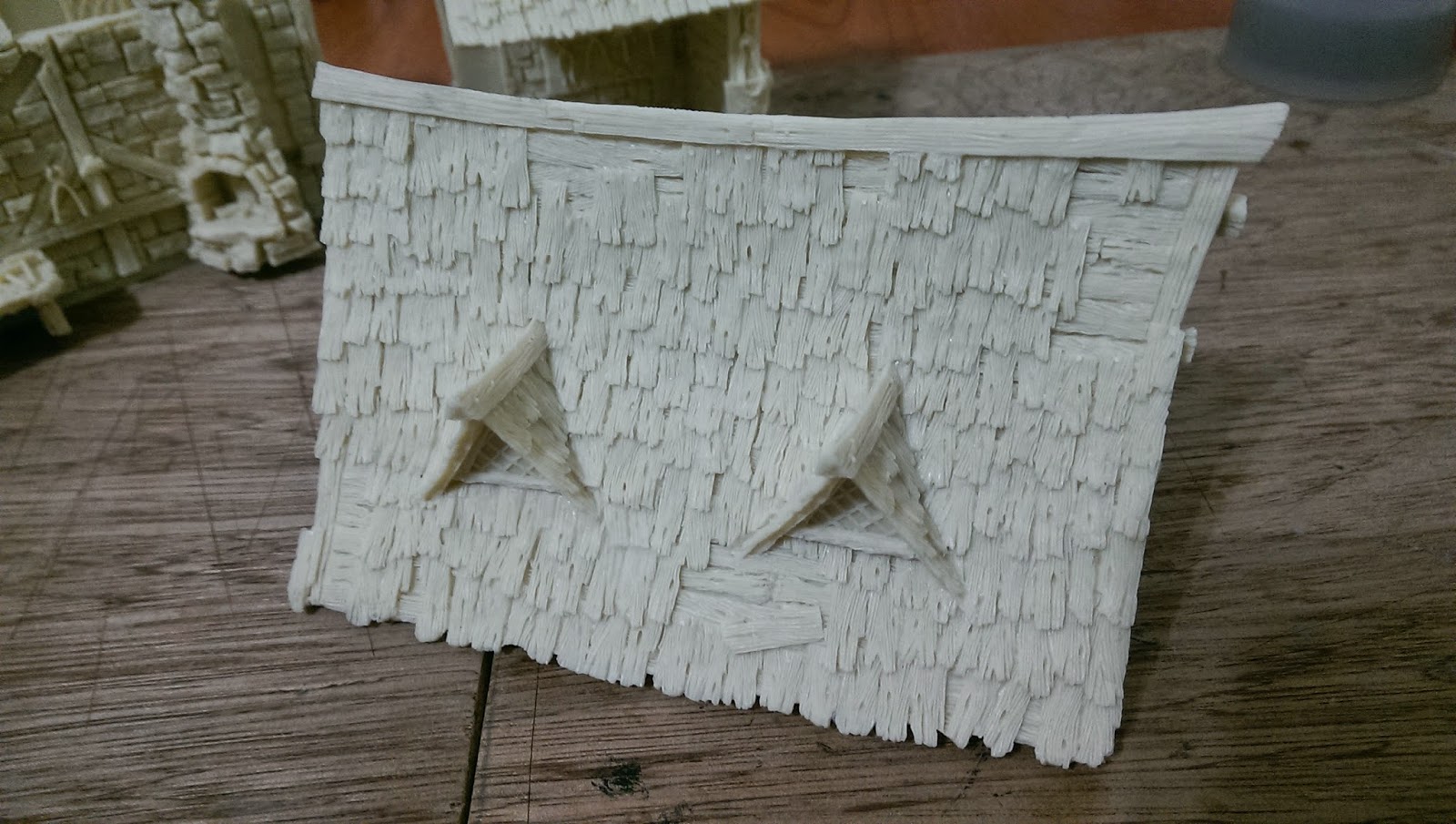 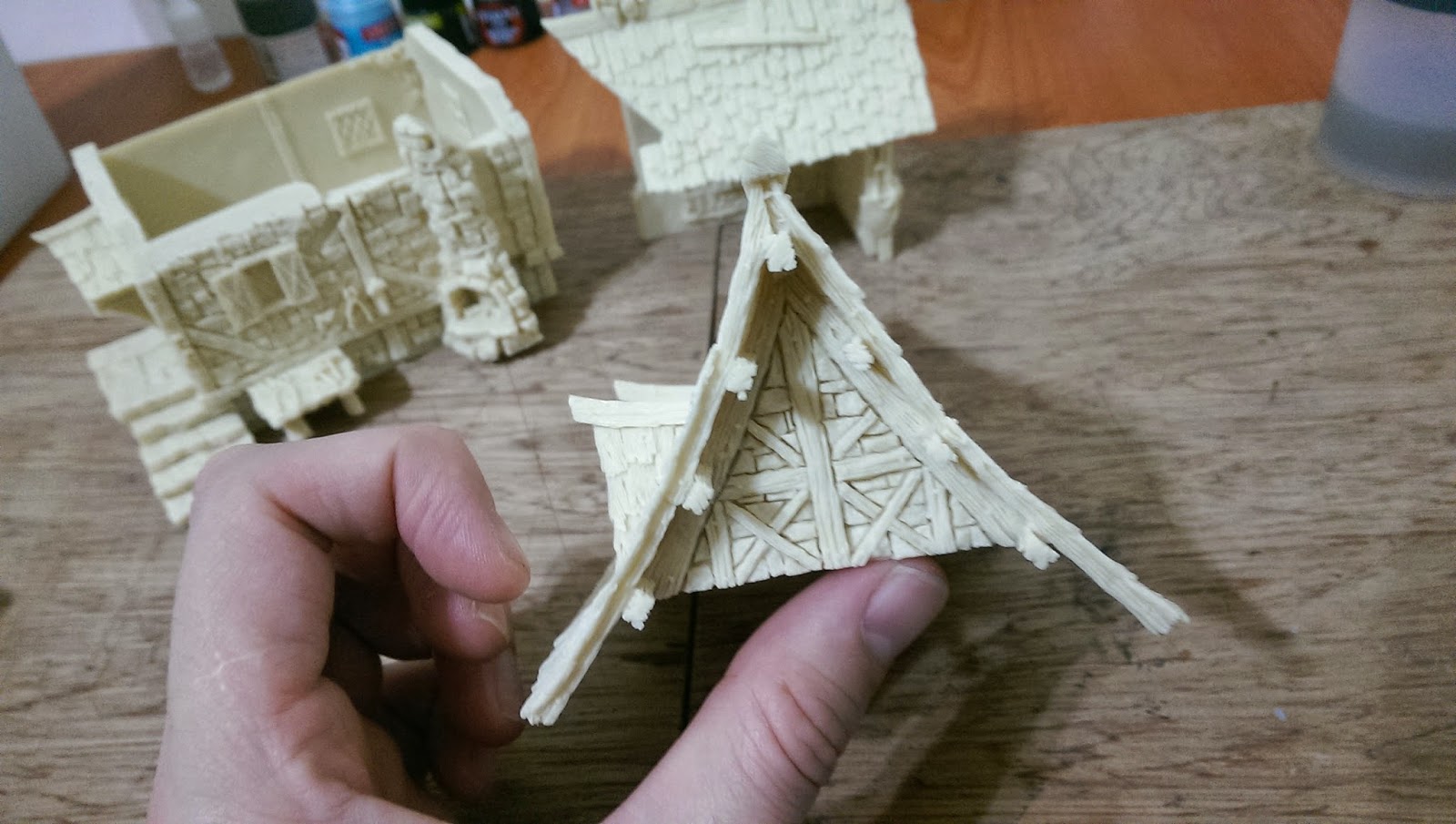 The next piece is two walls for the outside forge, attaching to the house as the third wall. It comes complete with the chimney top, a selection of tools on the wall, an ornamental kite shield and around the corner a viking round. 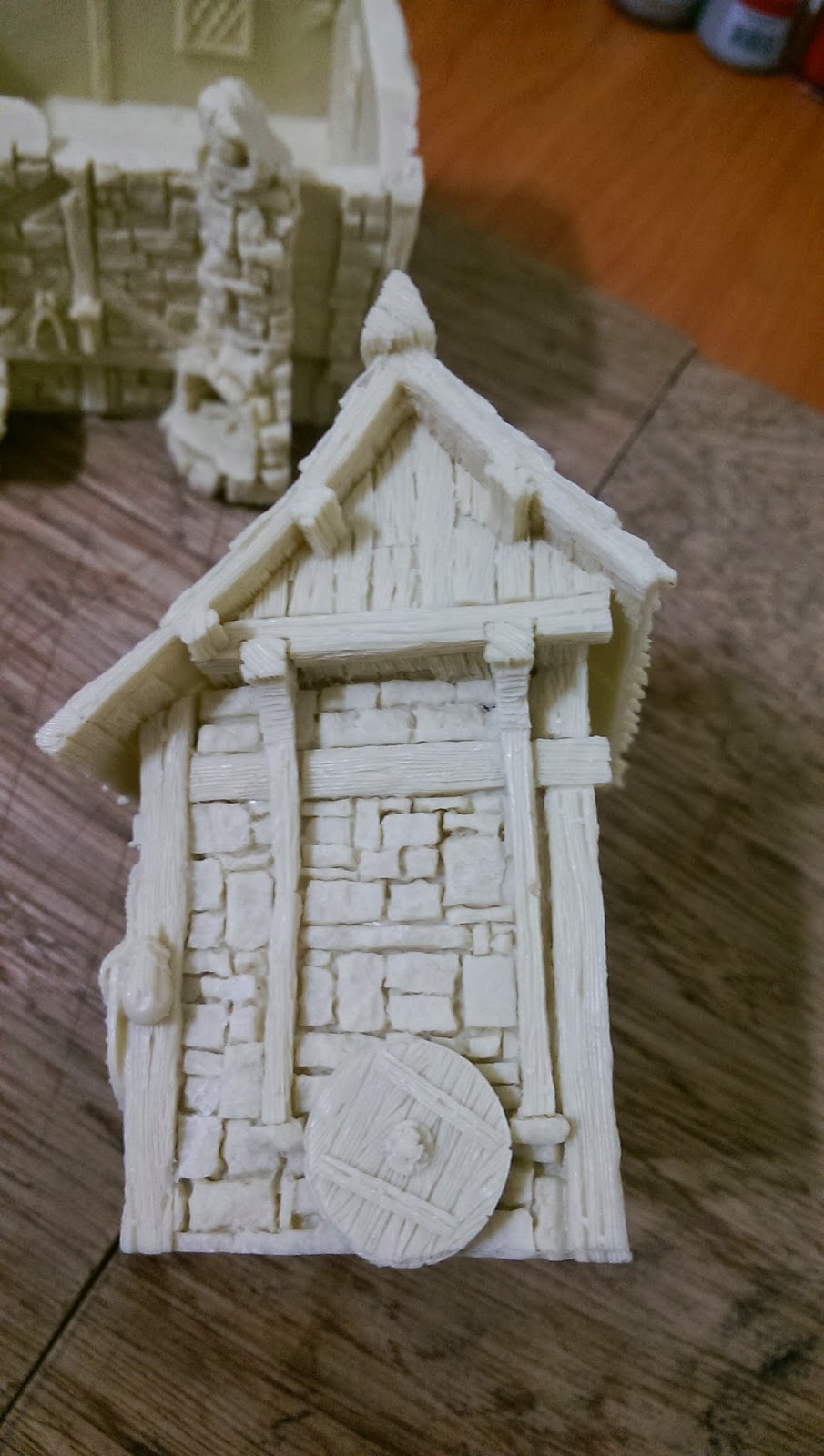 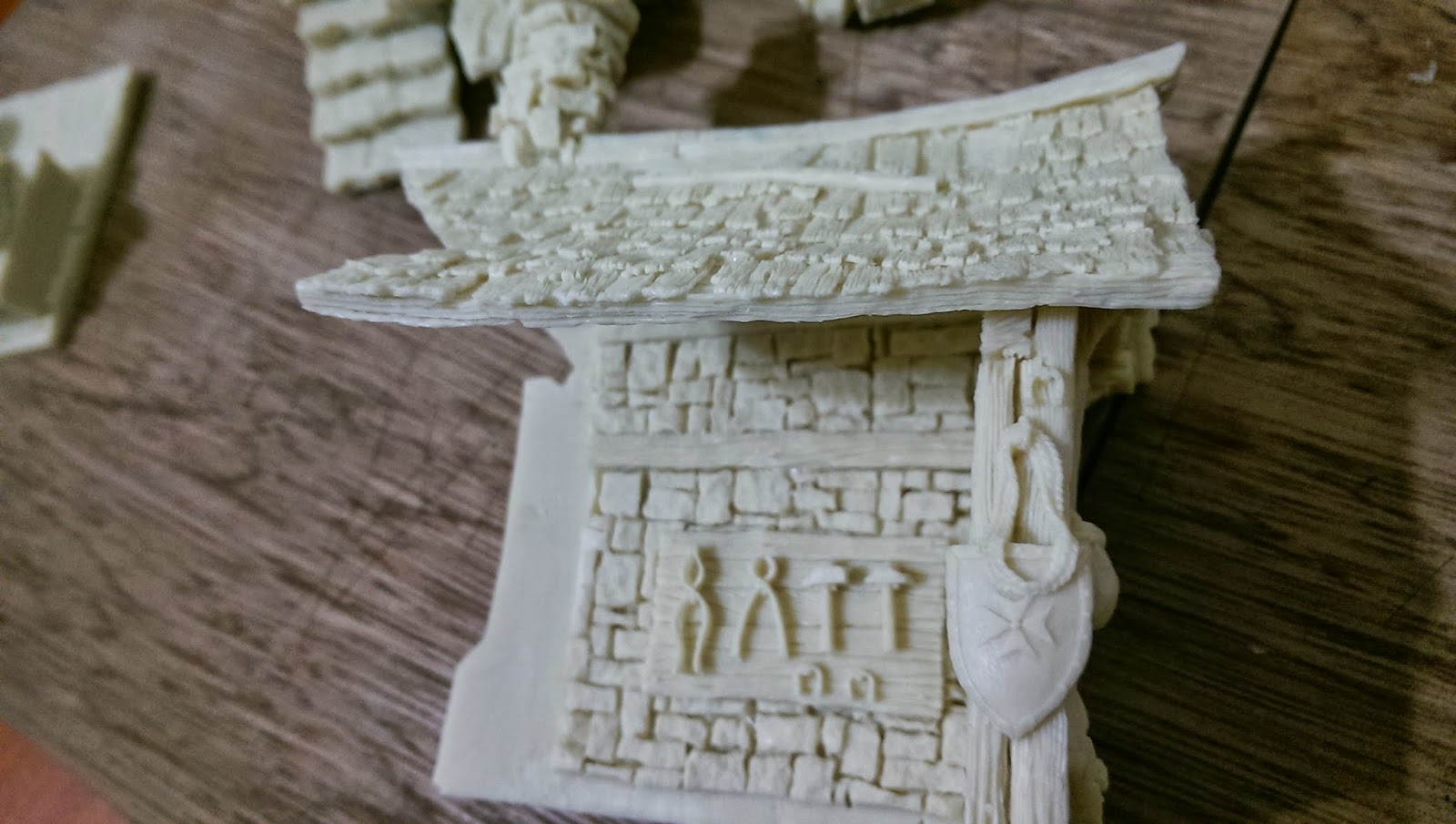 Lastly there's the main building (that the roof sits atop of). The fire for the forge is built onto the side of the building along with a small work table and a few additional tools. 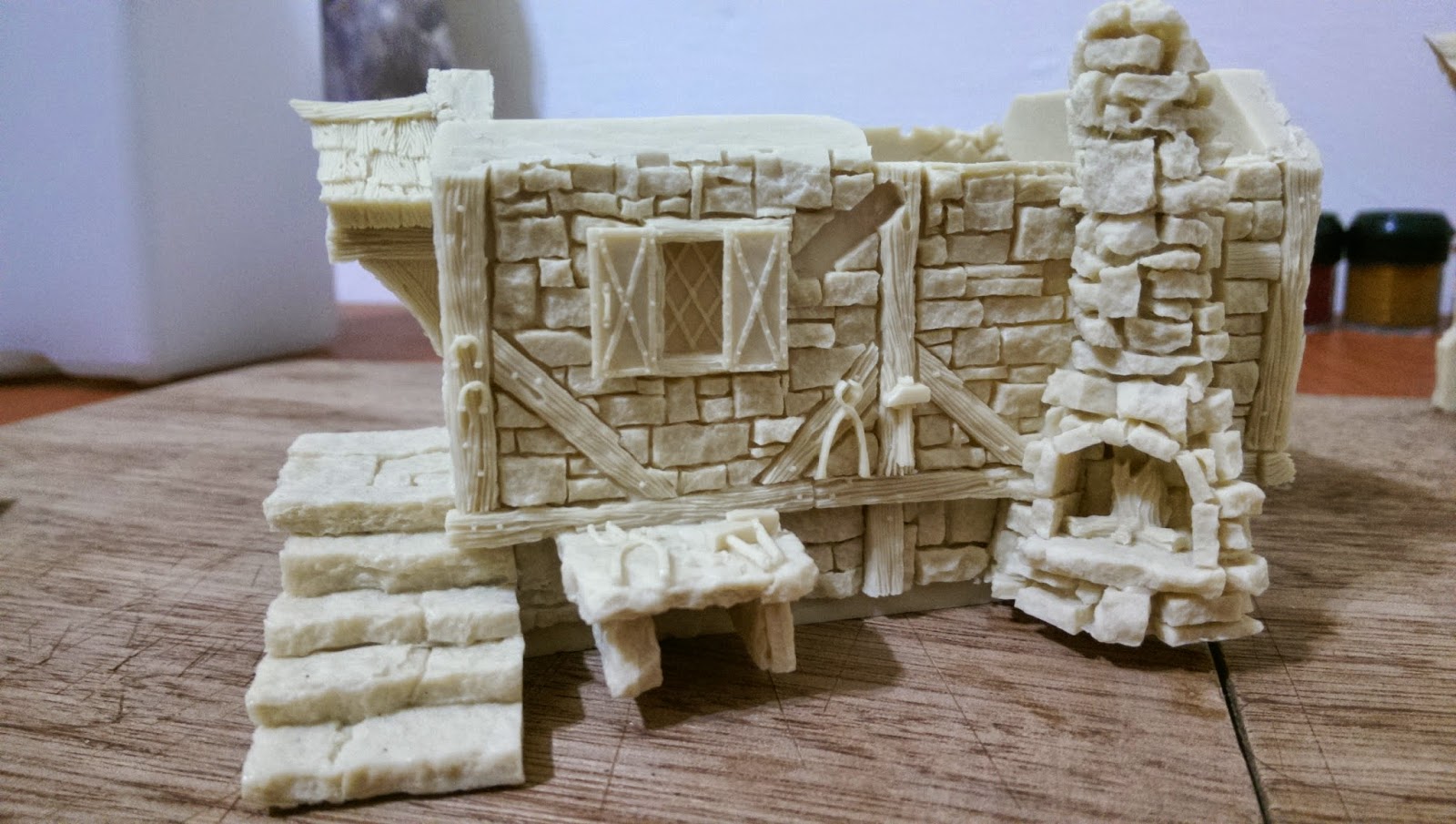 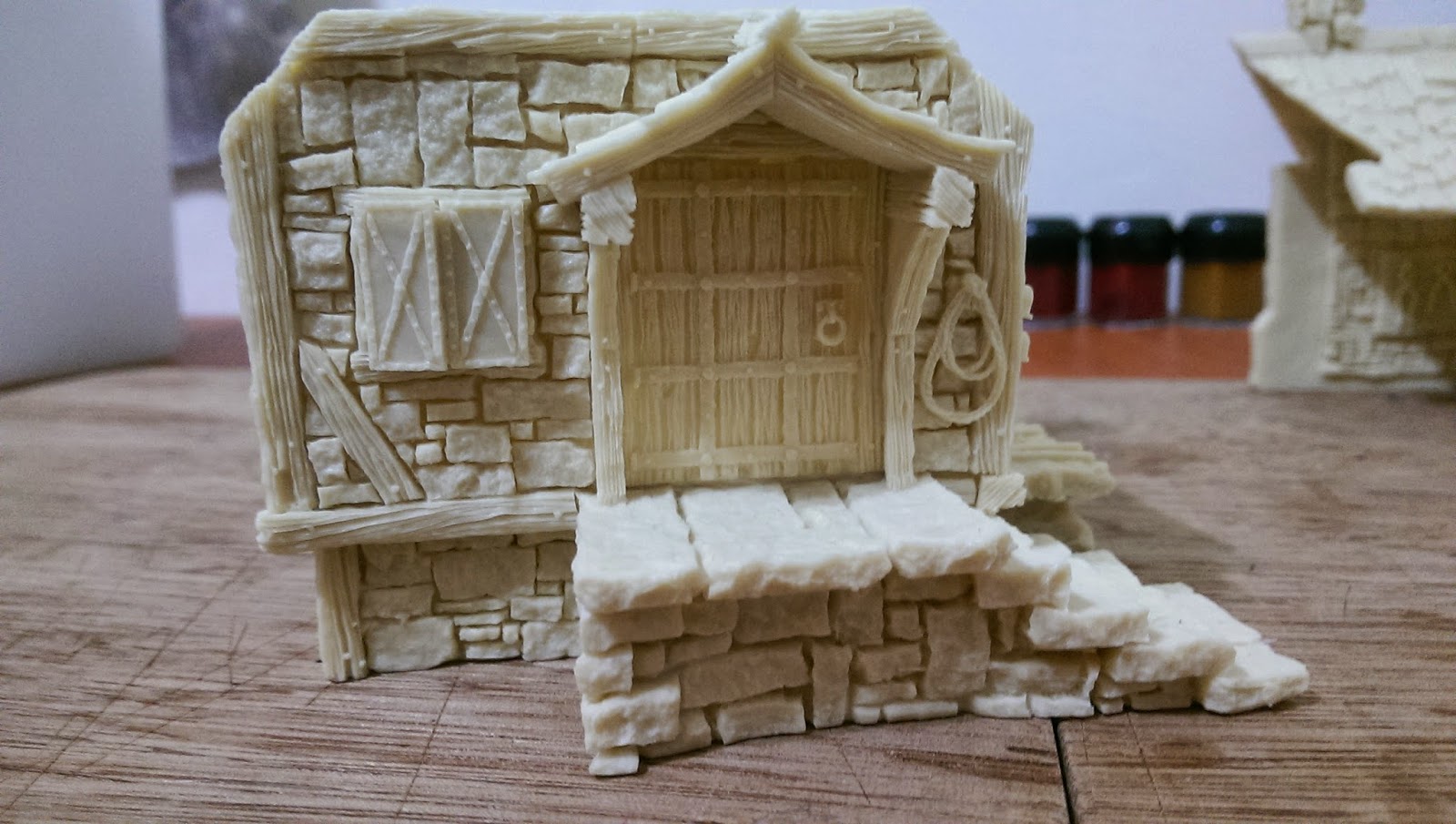 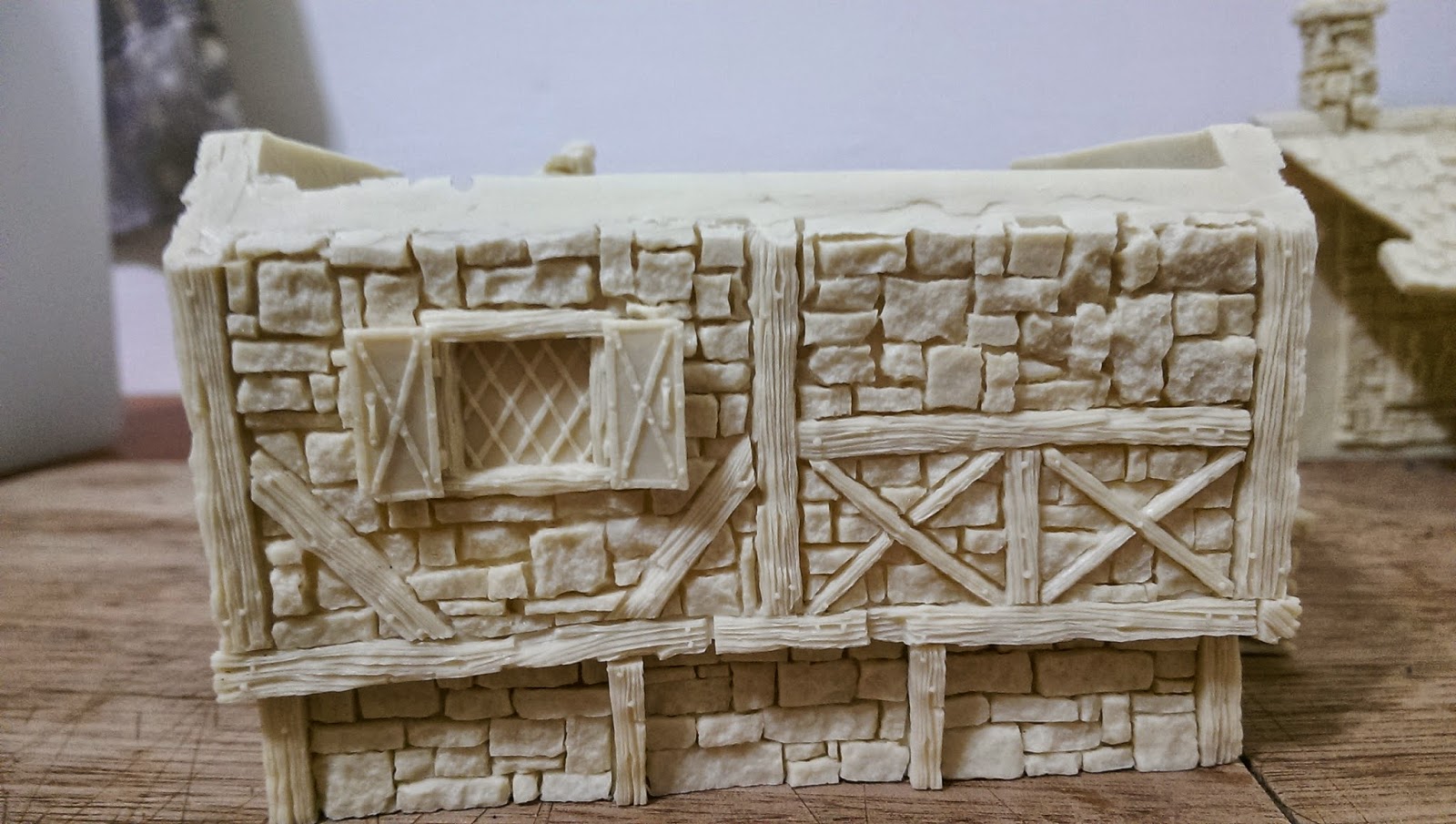 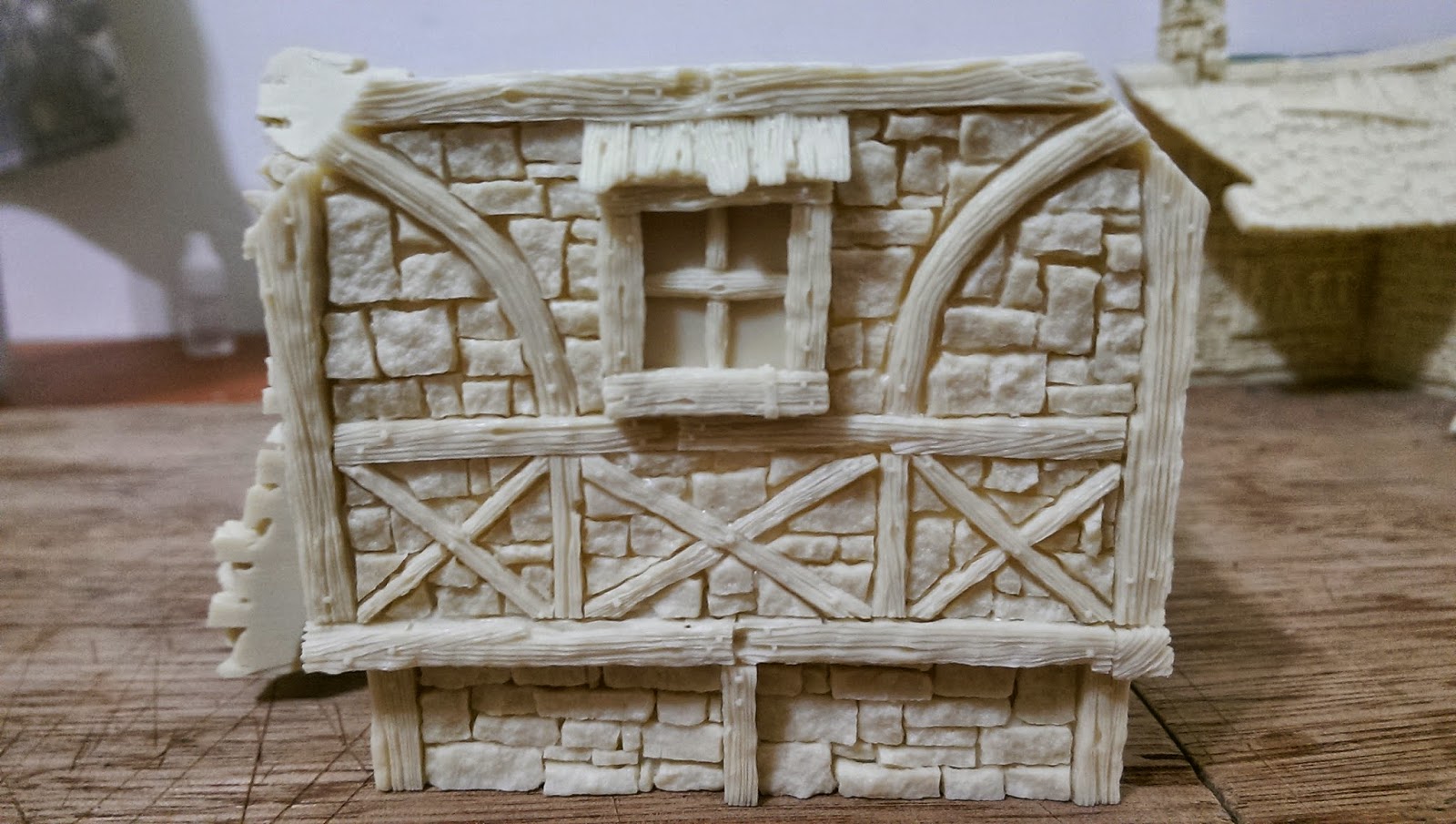 A peek at the room within the building. 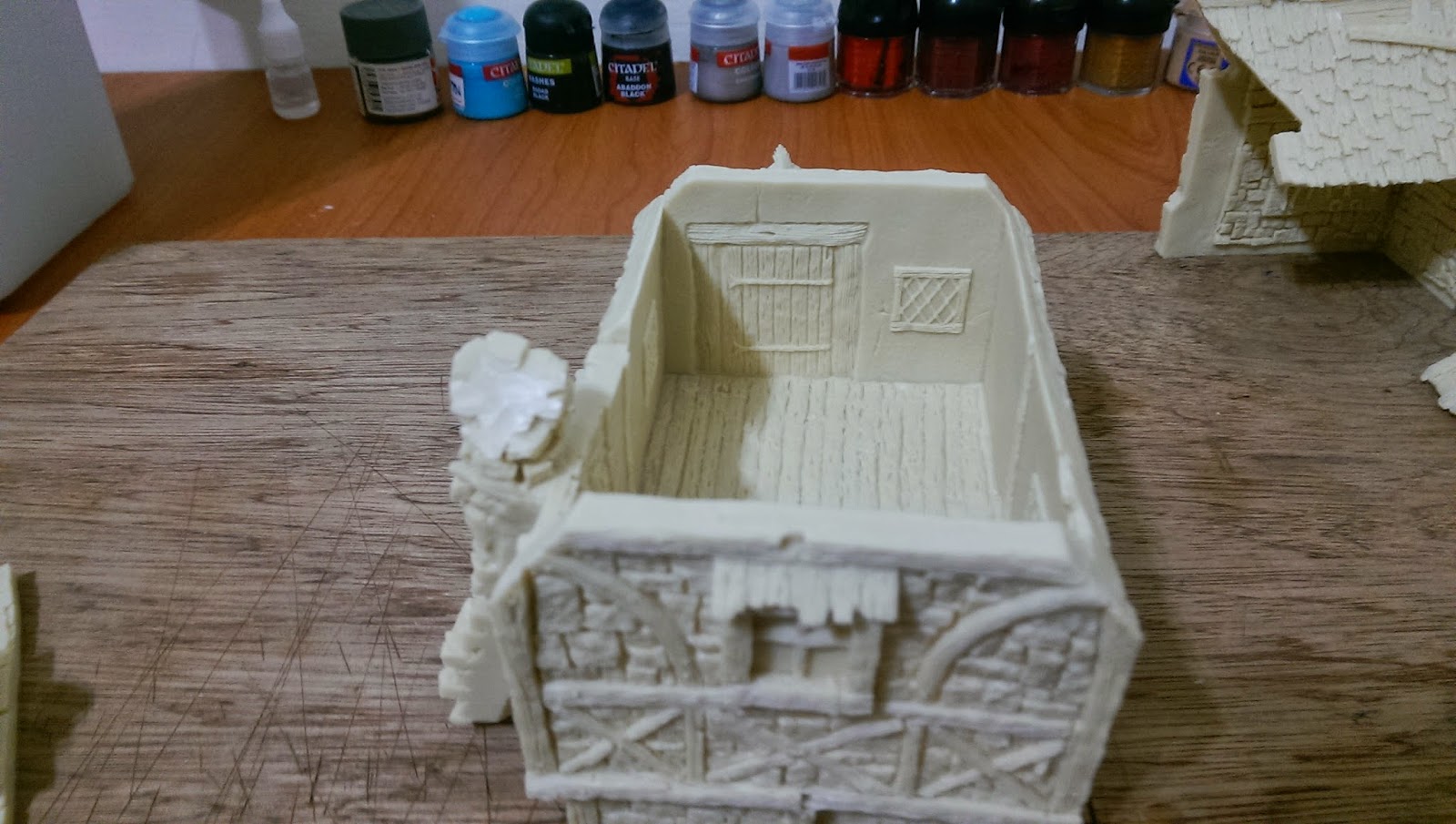 The building pieces assemble as follows: 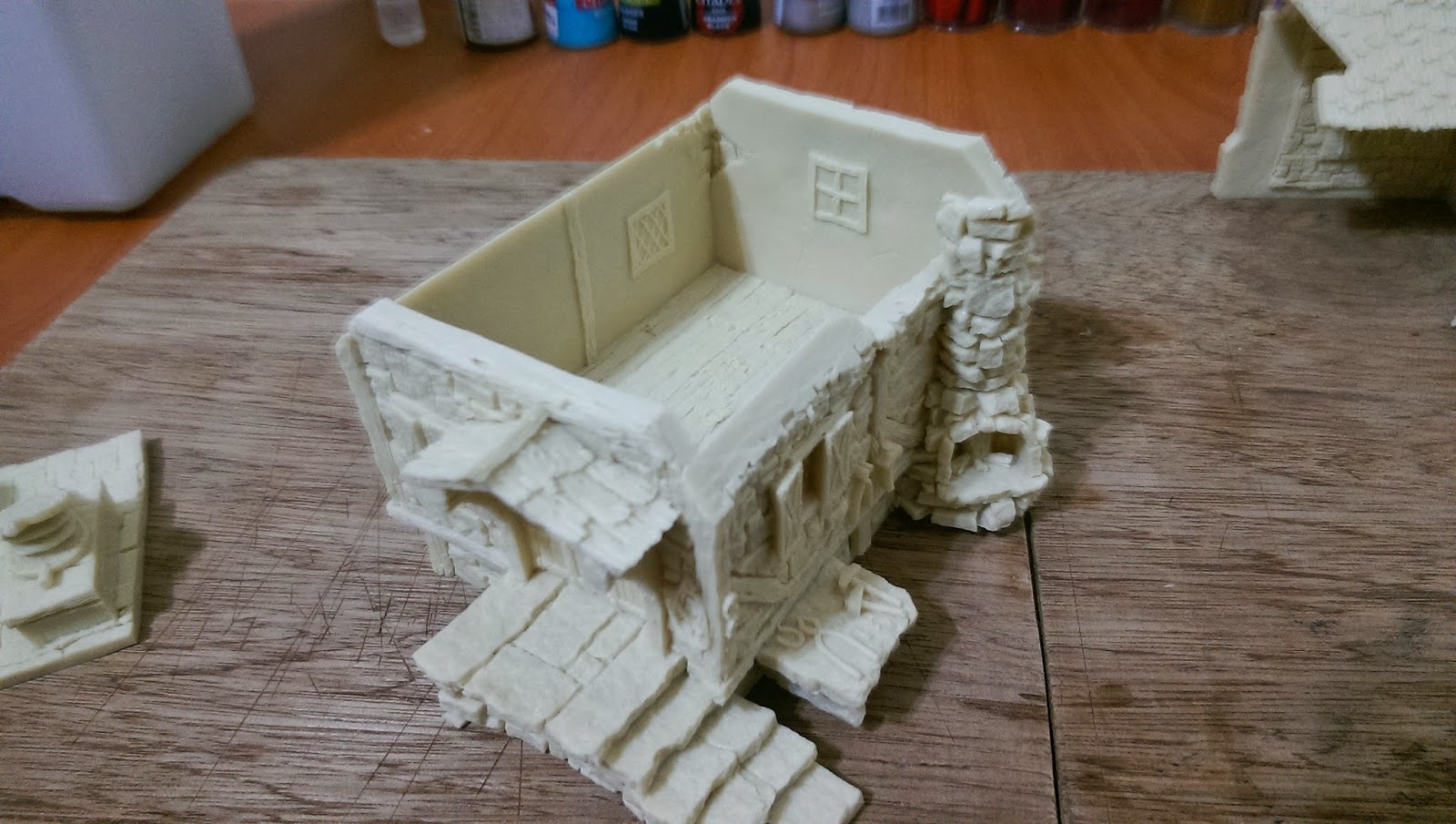 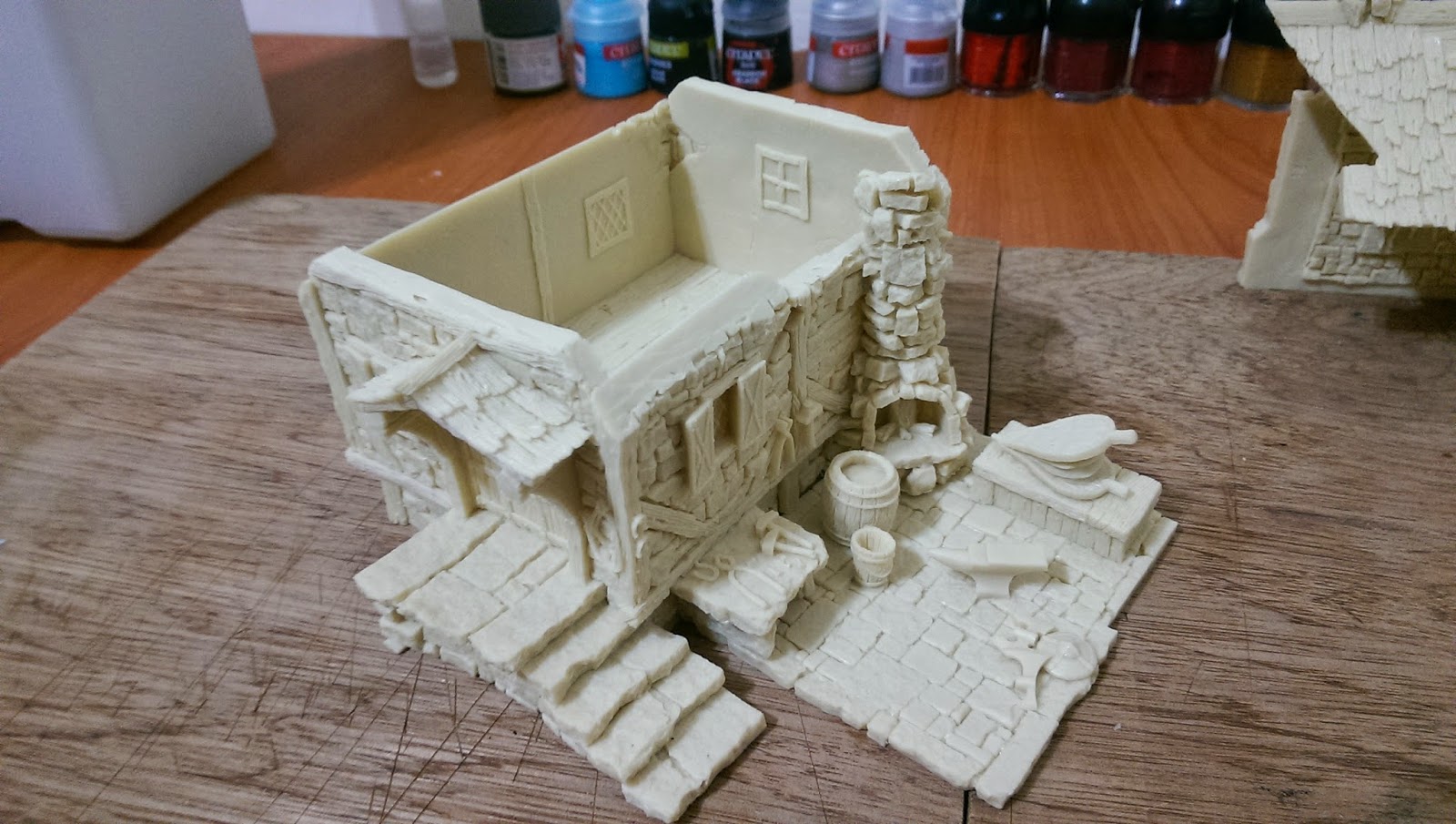 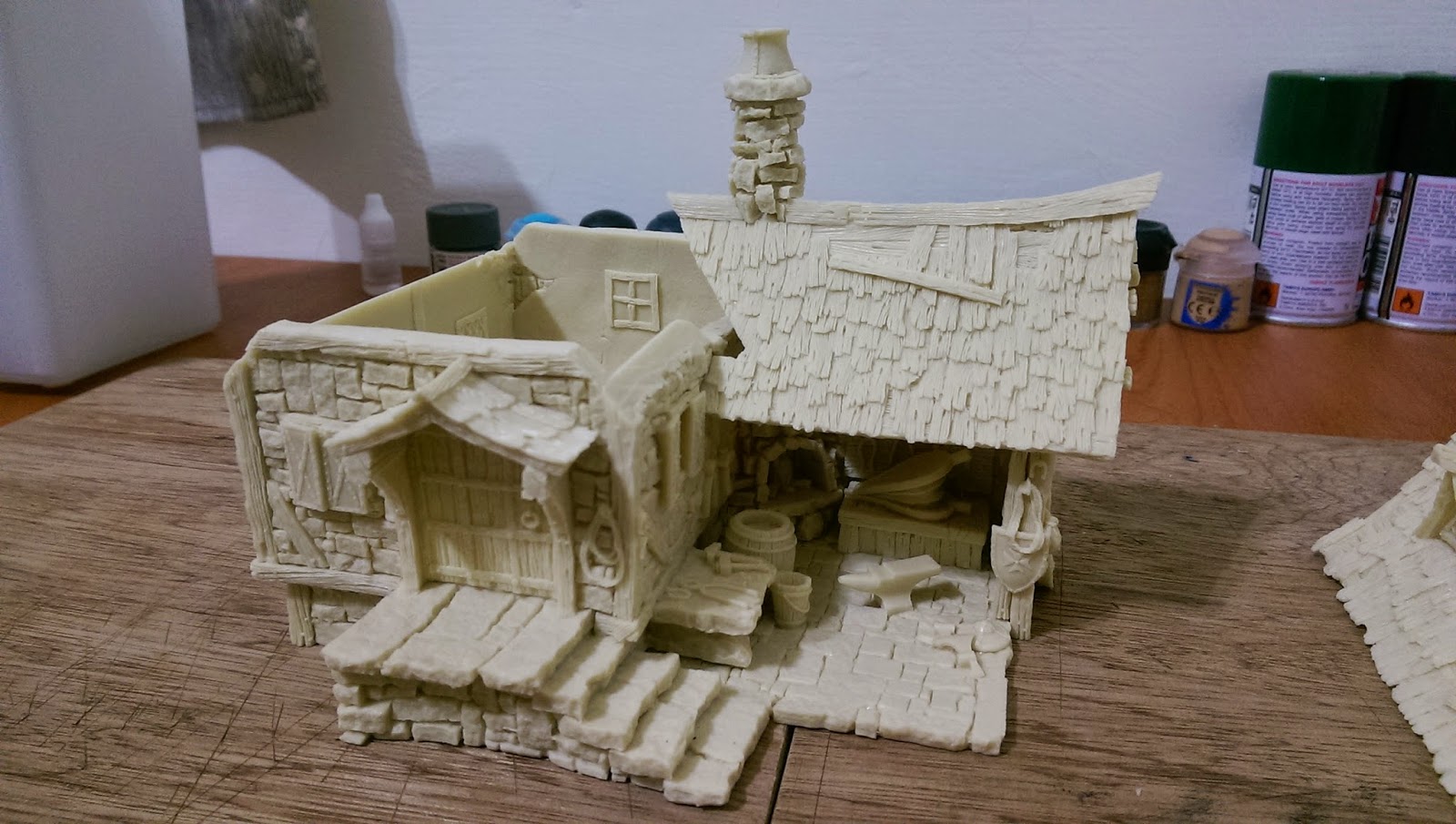 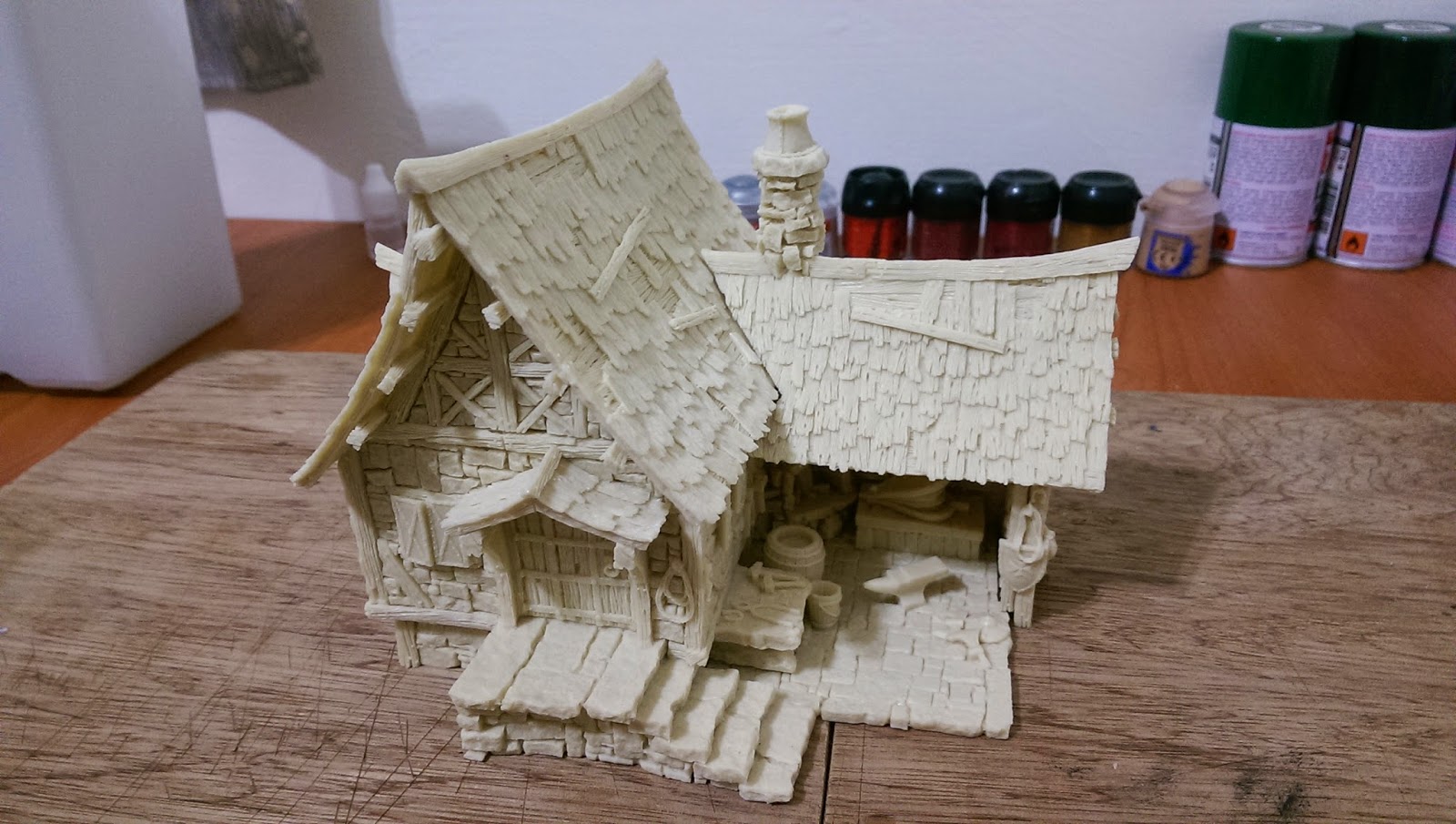 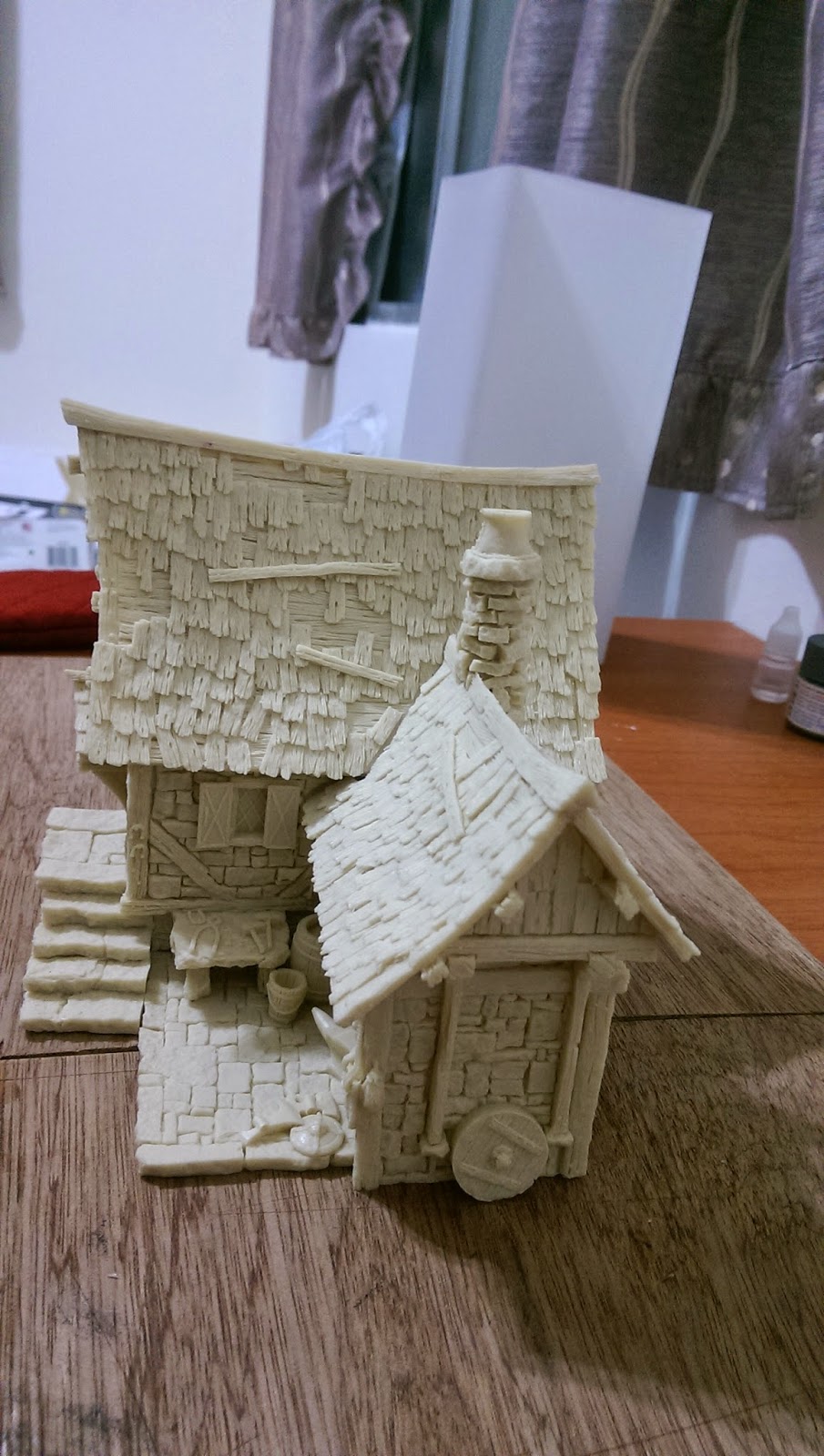 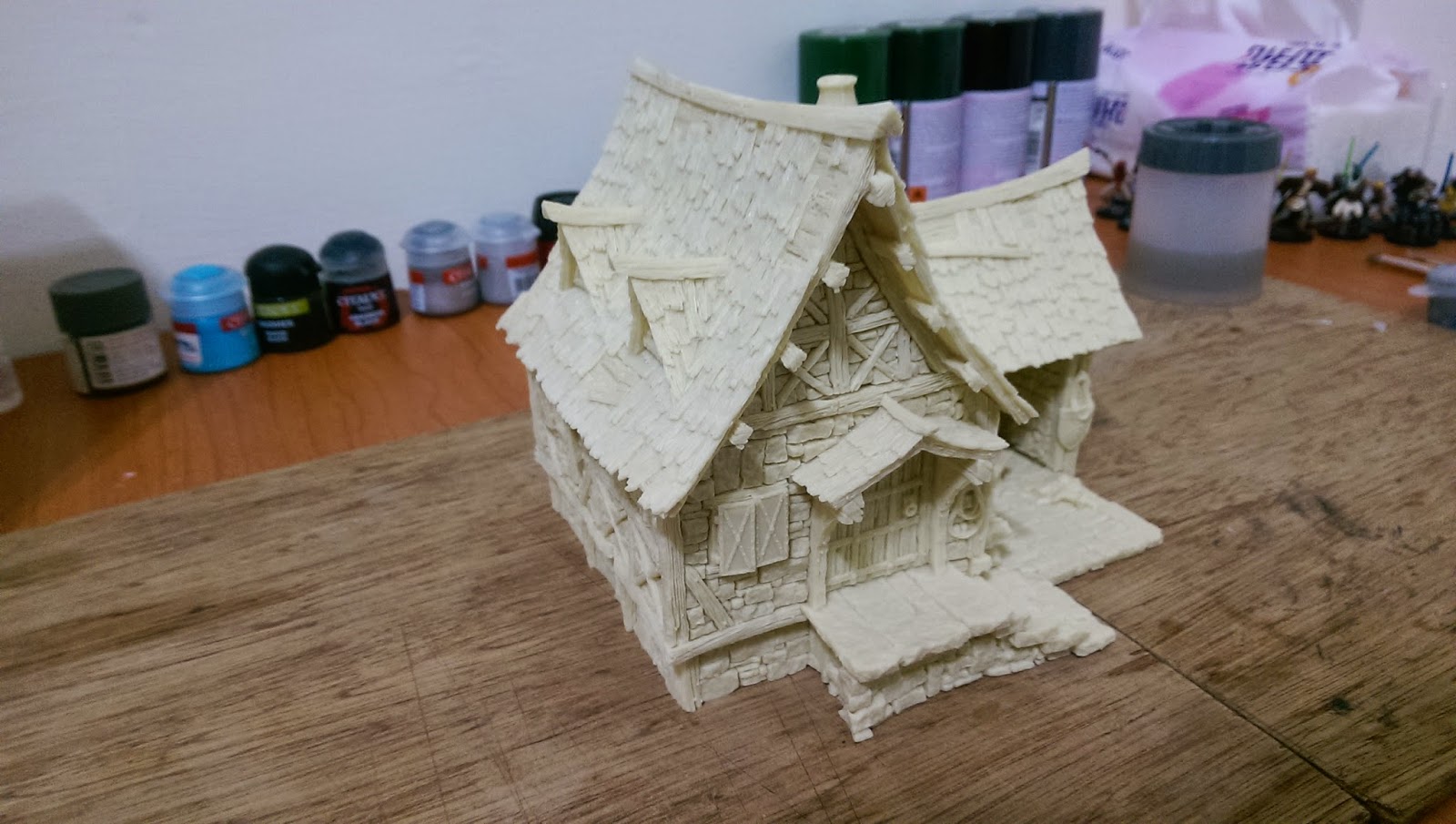 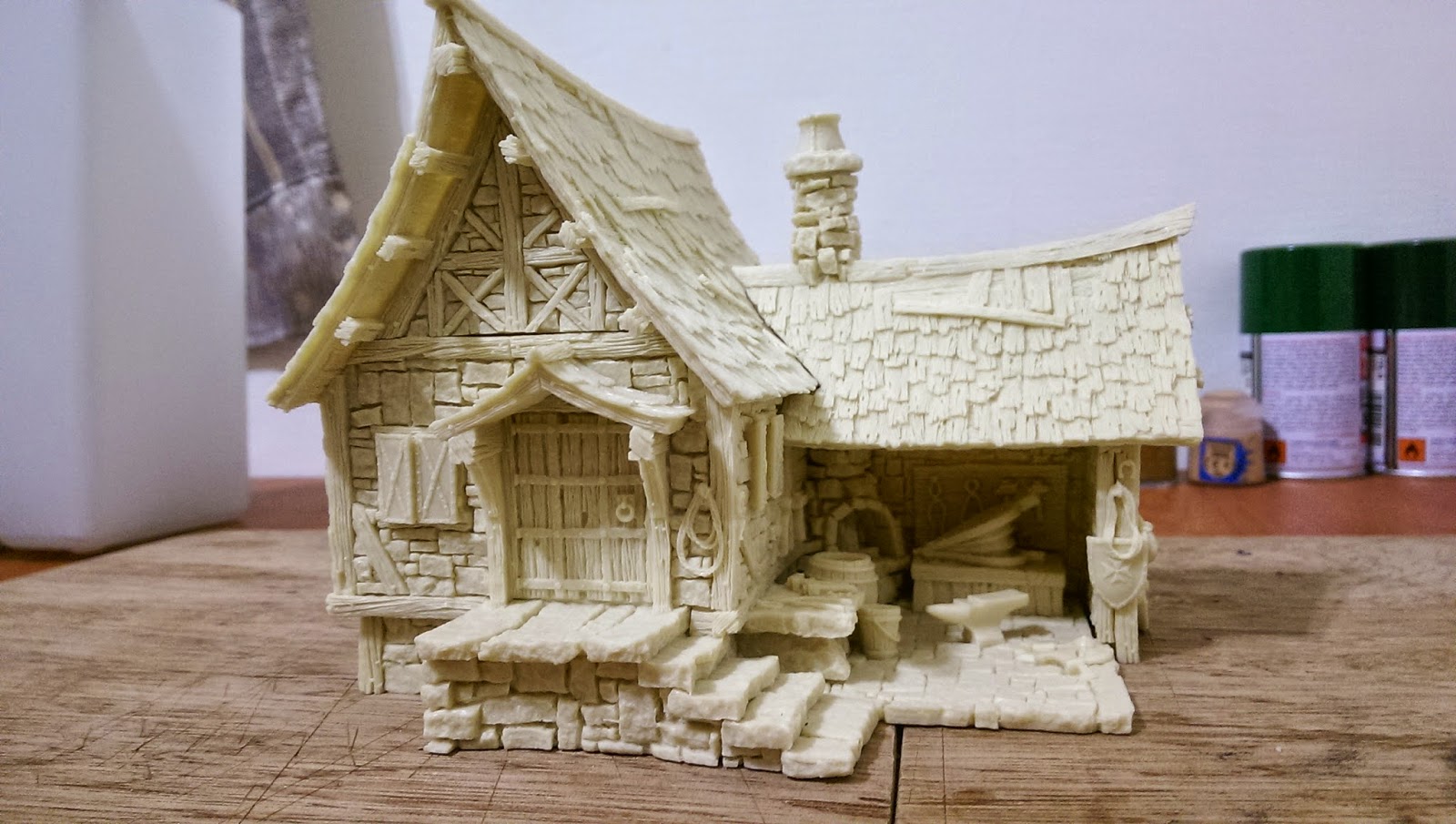 Posted by James Shone at 9:39 PM No comments: